Baptist: “I am at the best moment of my career” 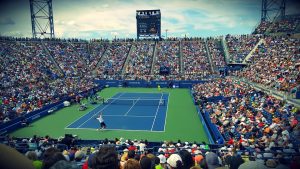 Roberto Bautista, who surprised in the last Wimbledon tournament when he reached the semifinals, in which he faced Novak Djokovic, now faces the US Tennis Open. in which he describes as “the best moment” of his career, having entered the top 10 of the ATP.

“I come in what may be the best moment of my career, with many victories this year and with a good pace on the fast track after the whole dirt and grass tour and good feelings,” the Spanish tennis player told Efe.

Bautista arrives at Flushing Meadows after having participated in a series of American tournaments, such as the one in Cincinatti, after which he has managed to ascend to the tenth place of the ATP ranking.

It is the result of a lifetime dedicated to sports: “It is a prize for many years of work, a lot of sacrifice, and hopefully I can continue climbing positions in the ranking and be as long as possible with the best in the world,” explains the tennis player 31, who plays as a professional since 2005.

The athlete, originally from Castellón, recalled that in 2014 he reached 14th place in the ATP classification, “a very few points from the top 10”, and attributed his current position to the experience he has gained over time.

“There are times that you have to give a couple of good results to reach the top 10, but it is true that now I feel much better player than 6 years ago, with more experience, with much more knowledge,” said Bautista.

Although he arrives at a good time in New York, he is very aware of the difficulties that will be found in the championship, such as the sticky climate that is normally lived in the Big Apple in the summer period.

“They are going to be difficult matches because the humidity and heat here are another rival … They are extreme weather conditions,” confesses Bautista, who is also aware that among the favorites of the US Tennis Open. There are the usual names: Rafa Nadal, Novak Djokovic and Roger Federer: “I think they come at a good time, with confidence, and in a five-set grand slam they are always the rivals to beat,” he explains.

Semifinals in Wimbledon against Djokovic
With Djokovic, precisely, Bautista found himself in an unexpected semifinal of Wimbledon, a racket master with whom, also on this occasion, he prefers to cross in the final stages of the tournament.

“I would like to face Novak as late as possible. It is clear that if I get to face it it will be in important rounds, which I think I have to be focused” from the beginning of the Tennis Open.

The game in London against Djokovic attracted special attention from the media due to the unexpected presence of Baptist. So unexpected that the player himself was forced to change the plans of his bachelor party, which he had scheduled for that weekend, assuming that he would no longer continue in Wimbledon.

“(The tennis players) we have very few free weekends a year and the calendar is very tight. In time I kept that weekend for myself and to celebrate my bachelor party and well, thanks to that I played very well in Wimbledon everything was complicated, “says world number 10.

“Luckily my friends were able to live with me and share one of the best experiences as an athlete that was that semifinal in Wimbledon on the central track against Djokovic,” says Bautista, who had initially planned a few days off in Ibiza for the wedding with his girlfriend, Ana Bodí Tortosa, next November.

The party stayed in “a day and a half farewell” after being eliminated by Djokovic, “because then everyone had to return to work.”