Guido Pella: “The Davis Cup was not won by Del Potro alone, we all won” 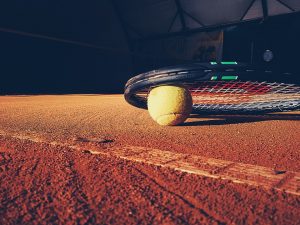 Guido Pella, currently on the 22nd step of the ATP ranking, shot against Juan Martín del Potro, although he clarified: “He is the best Argentine player and is not discussed.”
The 2016 Davis Cup was not won by Del Potro alone. We all win it. I’m not interested in those who think that. And it’s not fair”.
Guido Pella, Argentine tennis player

“The boludín that was next to Del Potro in Pesaro, in Italy, when Juan did not play three years ago, it was me. Then sometimes I feel a little angry about the assessment made. Davis won Argentina,” he reflected Pella in a hand in hand with ‘Three equals’, tennis podcast. In the review of that historic final in which Argentina was devoted, he commented: “If we go point by point, Juan won 4, Leo Mayer won 3, Fede Delbonis He won 3 and I 3. People in that sense are very ignorant, but hey, that’s what they think. Because there is something clear, Del Potro is the best Argentine player and it is not discussed “In addition, he pointed more directly towards Del Foal: “It makes me angry that Davis does not play. I like to go play it and he does not. And it is in all his right. He also ate the qualification of ‘cold chest’ of two finals.”