NBA preseason: these are the dates of all matches 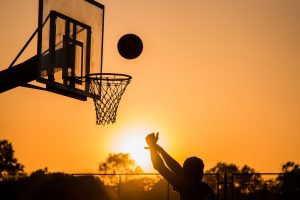 The NBA has made official the list of all preseason games, which begin on September 30 and end on October 18.

There are still two months left for the next NBA season to begin, but there won’t be much waiting to see the teams in action. The League has made official all the confrontations that the franchises will have the previous weeks and that will serve them as preparation for the 2019-20 course. In total there will be 80 games that will be played between September 30 and October 18. These are some outstanding matches:

The Houston Rockets will be responsible for premiering the preseason. They will do it at home and before the Chinese Shanghai Sharks. It will be the first opportunity to see one of the new couples who are going to give more talk in the coming months: James Harden and Russell Westbrook. The match will be at 03:00, Spanish time (early morning from 30 to 1).

October 3: Los Angeles Clippers-Houston Rockets
Second game of the preseason and first match of couples. The meeting, which will be held in Hawaii, will face Kawhi and George against Harden and Westbrook, in what will be the reunion of the two former Oklahoma. It will be played at 07:00, Spanish time (morning of 4).

October 4: Brooklyn Nets-Franca
Another highly anticipated debut, that of Kyrie Irving with the Nets, will be against the Brazilian Franca. He will do it before his new fans at the Barclays Center in Brooklyn, at 01:30, Spanish time (early morning from 4 to 5).

October 5: Golden State Warriors-Los Angeles Lakers
One of the clashes of the preseason, although he who can not see it that day does not worry, he will have the opportunity to repeat. They return to play on October 14, 16 and 18. Of course, the day 5 will be the most special for two reasons. It will serve as the inauguration of the Chase Center, the new Pavilion of the Warriors in San Francisco. It will also be the first time that LeBron James and Anthony Davis can be seen wearing the Lakers shirt together. At 02:00, Spanish time (early morning from 5 to 6).

October 6: Boston Celtics-Charlotte Hornets
At this point it will be one of the few debuts that remain to be seen, although it will be one of the ones that causes more morbidity. Kemba Walker will wear the Celtics green shirt for the first time and will do so before the only team he has played so far, the Charlotte Hornets. All this after they did not offer you the greatest possible renewal offer. At 00:00, Spanish time (night from 6 to 7).

October 7: Atlanta Hawks-New Orleans Pelicans
Zion Williamson could already be seen wearing the Pelicans shirt for a few minutes in the Summer League. This game against the Hawks will, however, be baptized before an opponent with a true NBA level, since this time, unlike the Knicks he faced in July, the Atlanta players will play with all their troops. It will also be the reunion of Zion with Cam Reddish, one of his companions in Duke and who the rookies have just voted as their favorite to have the best race of all who have left the last draft, including Williamson himself. At 01:30, Spanish time (early morning from 7 to 8).

October 8: Phoenis Suns-Minnesotta Timberwolves and Portland Trail Blazers-Denver Nuggets
Day for Spanish fans to mark the calendar in red. That night is very likely to debut Ricky Rubio and Pau Gasol with their new teams. The first would do it before the Wolves, at 04:00, Spanish time. The second, half an hour later and before the Nuggets, at 04:30, Spanish time (both matches at dawn from 8 to 9).