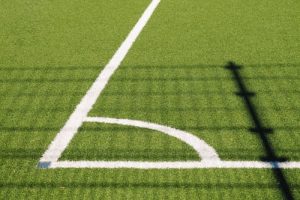 After two games of increasing tension with Maurizio Sarri in Juventus, Cristiano Ronaldo on Thursday found a happy refuge in the Portuguese national team, with which he scored a triplet in the bulky victory against Lithuania (6-0), in a qualifying match for Eurocup 2020. The victory allows Portugal to depend on itself on the last day at home against Luxembourg, where it needs to win.
Those who did qualify in their matches this Thursday were the teams of France, current world champion; England; Turkey and the Czech Republic. In the case of France, the ticket was achieved before even starting the duel that faced him in Paris with Moldova, thanks to the goalless draw signed hours earlier by Turkey and Iceland.

The result allowed the Ottoman team to also seal their passport for the final phase of the European Championship, in a duel in which the striker Burak Yilmaz played a leading role. And that the Besiktas player, who crashed a ball into the crossbar in the second half, did not score; but he did avoid the defeat of Turkey, taking 83 minutes on the same goal line a spectacular header from Hordur Magnusson that would have prevented the classification of the Turkish team. The action also had its consequences in the stadium of Saint-Denis, where France, with the duties already done, signed a gray victory (2-1) over Moldova, a team that until now had only managed to win Andorra.

These antecedents that did not prevent the Moldovan team from having the pleasure of seeing each other for more than twenty minutes ahead on the scoreboard, after taking advantage of an incomprehensible error by Barcelona’s Lenglet to sign 0-1 at nine minutes through Vadim Rata. But if a ruling allowed Moldova to get ahead on the scoreboard, another, in this case goalkeeper Alexei Koselev, who was not able to tackle a foul thrown by Antoine Griezmann, allowed France to return the equalizer (1-1) to the scorekeeper with a Real Madrid player goal Raphael Varane.

Although it did not improve the French team’s game, which despite aligning at the beginning of an offensive line composed of Kylian Mbappé, Antoine Griezmann and Kingsley Koman, with Olivier Giroud as an attack point, failed to break the Moldovan team until 79 minutes, and penalty. It was a maximum penalty committed on the left back Lucas Digne, who was responsible for transforming Giroud, who with 39 goals was placed just two goals from Michel Platini as the second highest producer in the history of the gala team. It was one of the few notable details of a game in which France, despite the victory, showed a gray image very similar to that of Didier Deschamps have worn throughout the qualifying phase.

Feast of a very young England
Yes it shone, and in what way, England, which celebrated its 1,000th international match with a blunt (7-0) win over Moldova, which allowed Gareth Southgate to seal his Eurocup ticket. The commitment to the youth of the English coach, who presented the eleven starter with a lower average age in the last sixty years of the English team, could not give better results. The push of players like Jadon Sancho, 19, Mason Mount, 20, or Marcus Rashford, 22, completely developed a Balkan team that did enough to avoid an even greater win.

But the resistance of the Montenegrin team was useless against the insatiable appetite of Harry Kane, who led the English win with a triplet in the first 45 minutes.

They were the same goals that the Portuguese Cristiano Ronaldo signed against Lithuania, and that already adds 98 with his selection. Although they did not serve to ensure the presence of the Portuguese team in the European Championship. Those of Fernando Santos needed, in addition to the victory, that Serbia was not able to beat Luxembourg at home to get the ticket for the continental appointment.

These calculations were responsible for breaking them down the striker Fulham Alekdsandar Mitrovic, who with his two goals in the first half embodied the triumph of the Serbian national team. But even so, the Balkan group was not free of suffering, which was finally imposed by 3-2, in a clash in which the locals ended up asking for the time before the final harassment of the Luxembourg team.

All a warning for Portugal, which will visit next Sunday Luxembourg, where Cristiano Ronaldo and company will have to win to certify their presence in the European Championship.

In the continental event next summer, the Czech Republic will be there, after imposing itself on Thursday by 2-1 to the surprising Kosovo, in a duel in which the Czechs were against the ropes, after advancing the Balkans on the scoreboard with a goal of Atdhe Nuhiu at five minutes of the second half. A goal to which the locals responded in the final stretch with the goals of Alex Kral and defender Ondrej Celustka, who established the final 2-1 that allowed the Czech team to seal their pass to the final phase of eleven minutes a European Championship that they have not missed in any edition since 1996.