Solskjaer, with moral despite the crisis: “We improve” 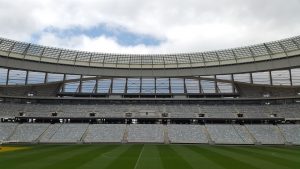 Although his Manchester United have only won a game of the last five played in the Premier and had to resort to penalties to eliminate Rochdale, third, in the League Cup on Wednesday, Ole Gunnar Solskjaer, coach of Old Trafford, was surprised Say this Friday at a press conference that your team “is improving and evolving.”

“I never said it was going to be an easy season. There will be ups and downs. When we lose a match, we have to believe in ourselves and what we are doing, ”said Solskjaer.

Manchester United, which lost 2-0 against West Ham on the last day of the Premier, receives Arsenal at Old Trafford on Monday in the English championship.