The Canadian, who became number five in the world, is trying to recover her best version after some troublesome years. 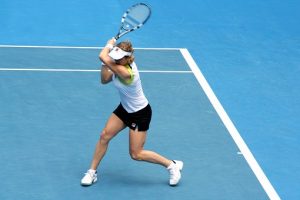 Eugenie Bouchard does not go through his best years. Which became one of the greatest promises of women’s tennis, stagnated after its great 2014, where it reached the Wimbledon final and the semifinals of Roland Garros and the Australian Open. Injuries, setbacks off the track and problems finding an optimal state have weighed down the Canadian tennis player in recent seasons, who is currently ranked 114th in the WTA classification.

Despite this, his country does not forget Bouchard, and the organization of the 1,000 Masters of Canada decided to invite the tennis player – along with other famous players, such as Sharapova or Venus Williams. The event will be held at the Aviva Center in Toronto, from August 3 to 11. It will be Bouchard’s twelfth participation in the tournament, where his best result is the third round he reached in 2016.

Bouchard’s 2019 is not being bright. The Canadian was eliminated a few days ago in the first round of the Washington Citi Open by the American Lauren Davis. He started the year with a doubles victory at the Auckland Tournament, alongside Sofia Kenin. This victory was the first title for Bouchard, in doubles or singles, since May 2014. In singles, this year his best result was two quarter-finals, with a record of 6-11 in the current campaign.